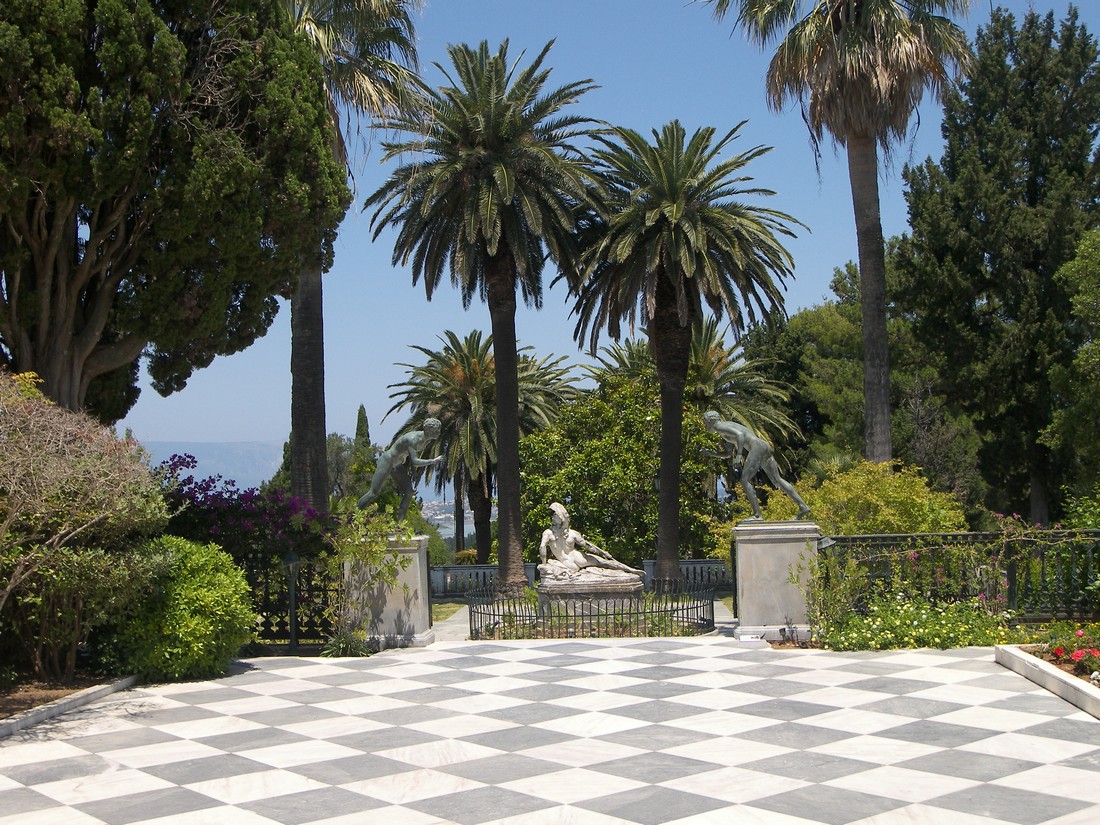 Achilleion In the wider region of the village “Gastouri” and just 10 kilometres southwest of the capital lies the Palace and Museum of "Achilles".

The Palace is enclosed by triumphant landscape, which teems with verdant cypresses and exotic flowers. Both the Palace itself and the enchanting garden probably constituted the reason why Empress Elizabeth of Austria was staying there for her vacation. A story full of myth The Achilleion, behind its imposing exterior, hides a fascinating story of myths combined with reality, while it remains the link between Corfu and Austro-Hungarian culture, thanks to Princess Sissy. She rebuilt the Palace in honour of Achilles, to whom she showed admirable deference, but also to relieve herself of the pain due to the loss of her child.

The garden with the rich vegetation and the famous statue of “dying Achilles” masterly complements the spectacular facade of the Palace. In front of the entrance, a line of statues, which depict figures of Greek mythology, adores the Palace. Inside, relics and personal items of Elizabeth and the previous residents decorate decently every corner of the Museum.