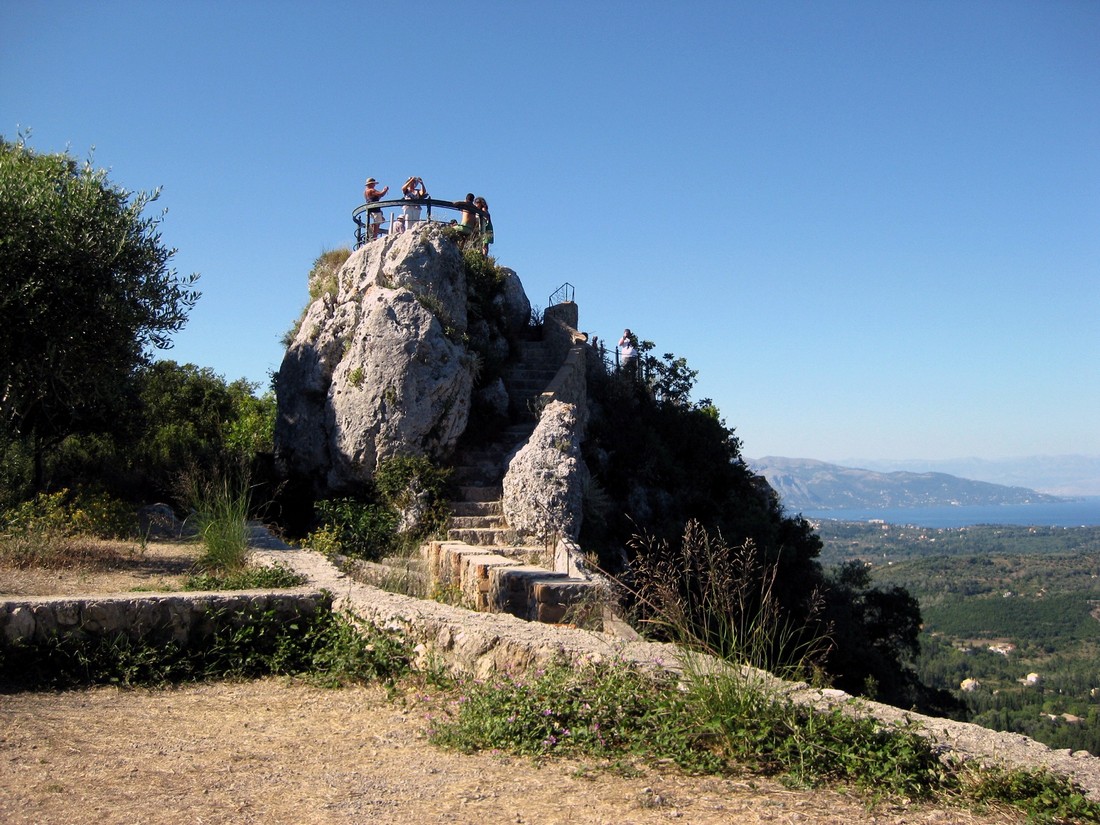 It is situated on the highest top of verdant Pelekas, only 12 kilometers away from the capital. In 1907, the German Emperor Kaiser Wilhelm II purchases “Achilleion Palace” to spend his summer vacation in Corfu. He was visiting occasionally the region of “Pelekas”, just to admire the dreamy sunset at the spot known today as Kaiser’s Throne. Nowadays, the spot has been altered for you own safety, providing thus repose and relaxation. The only feature that cannot be altered is this beautiful sunset. Kaiser’s Throne pledges to offer an amazing, panoramic view towards the whole island.