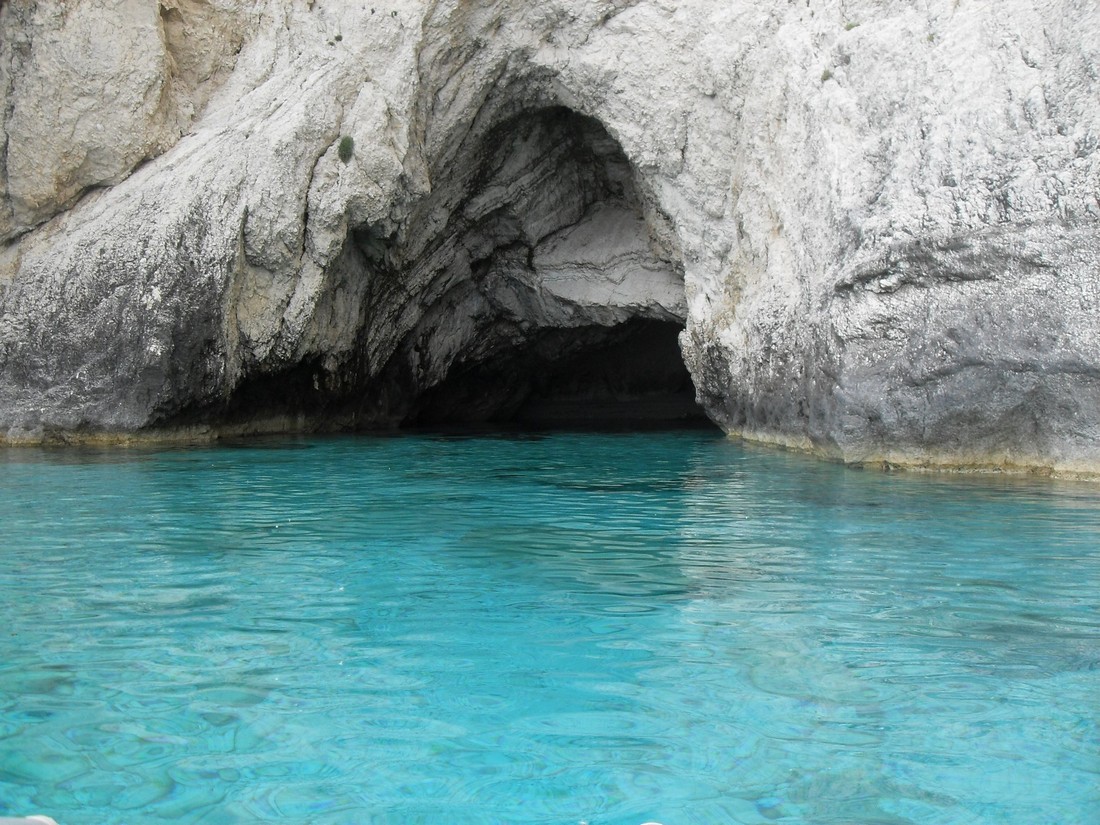 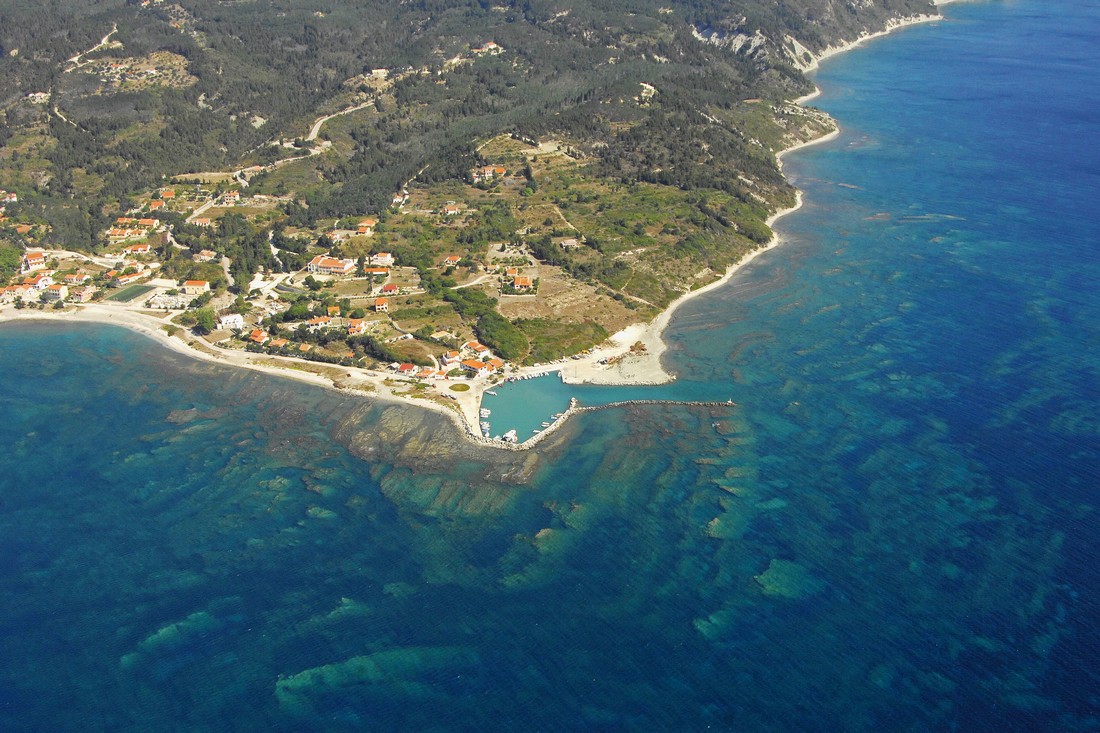 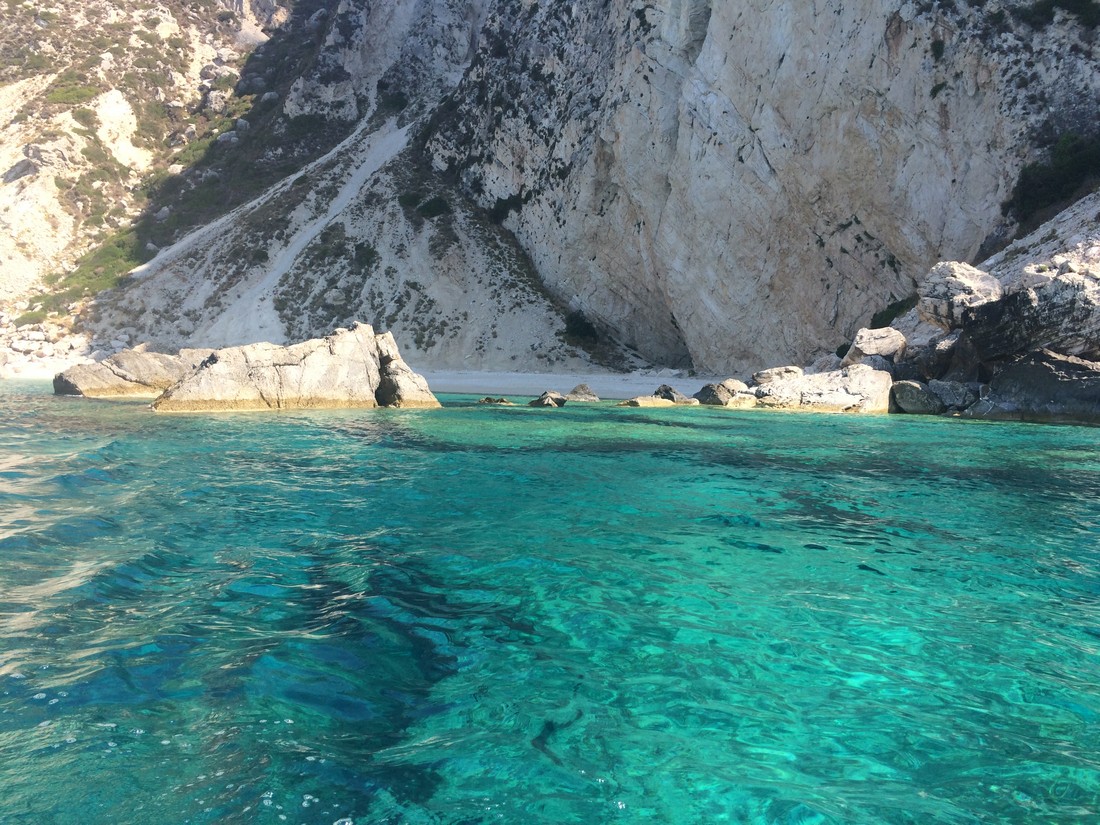 Those are located 6 kilometres northwest of Corfu and 40 kilometres away from the Italian coasts. They constitute a unique island complex as well as they administratively belong to the Corfu Regional Unit. History of the islet Othonoi According to mythology, Othonoi was the island of Kalypso, where Odysseus had spent 7 years of captivity until he could escape towards Corfu. It was rumoured that, Othonoi had the appropriate climate for treating the nursed ones.

Therefore, during the English rule, English soldiers were sent there in order to be treated. Where the reality meets the mythology Today, the island has 2 settlements, where the north one is called “Chorio”, which literally means village, while the south one is known as “Ammos”, meaning sand. On the east coast of Othonoi, an impressive lighthouse is to be found, with a total height of 100 meters above the sea. On the west side of the small island, there is the crystal-like “Aspri Ammos” beach, where the notable “Cave of Kalypso” is also to be found. There is another beach on the north part of the islet, known as “Fiki”, meaning alga, where the shipwreck of “Sara” boat is to be found. It is to be noted that, Othonoi is the biggest one in the Diapontian Islands with 560 inhabitants.

Dassia
Dassia is located on the northeastern coast of Corfu and at a distance of 13 km from the capital. It is one of the first organized tourist resorts in Greece with its overgrown beach being bustling mainly due to the many options in entertainment and water sports. Dassia, was the first tourist resort of the island of Corfu, started in 1950's and it covers everybody's interests as it has coffee shops, snack-bars, restaurants, grill houses, cake shops, bars, tourist shops, supermarkets, regular bus service from and to Corfu town, horse riding, tennis and golf courses in a close distance and water sports activities. The shallow and calm water is ideal for children and families. The organised beach is ideal for care free day at the beach, from early morning  hours  until late at night ...
View More

Monastery of Paleokastritsa
Monastery of Paleokastritsa Monastery's history The male monastery of Paleokastritsa was founded in 1225, although the building resembles the architecture in the Ottoman era. The first buildings appear to have been part of an older fortification in the Castle, from which the name "Paleokastritsa " derived. It was destroyed by the Genoese in 1403. It was rebuilt in 1469 and destroyed again in 1537 by the Turks. The 1572 was rebuilt and kept up to date with several additions and repairs.The occasion for the building of the monastery was the finding of the sacred icon of the most Holy Theotokos. The 19th century intrigued the British Commissioners of the island, who opened the road for access to Paleokastritsa. Inclusive Byzantine Museum The monastery has a small museum with post-Byzantine icons and a collection of sacred vestments, holy books, as well as religious relics and utensils. The monastery celebrates on the 15th of August, the date when Virgin Mary was diseased. Paleokastritsa monastery is located 25 kilometers northwest of the city of Corfu and it is built in a location with a splendid view, on the right side of the Bay of Paleokastritsa. It is an appealing touristic destination thanks to its incomparable surrounding natural beauty.
View More

Ereikoussa
Othonoi and Ereikoussa Both Othonoi and Ereikoussa belong to the Diapontian Islands. Those are located 6 kilometres northwest of Corfu and 40 kilometres away from the Italian coasts. They constitute a unique island complex as well as they administratively belong to the Corfu Regional Unit. A few words about Ereikoussa Ereikoussa constitutes the second biggest island of the Diapontian Islands with 400 inhabitants, while it is the northern spot of the Ionian Islands. Its name derived from the heather (i.e. “Riki”), which grows all over the surface of the islet. It has also a second name of “Merlera”, which was given by some cartographers on the 16th century. Today, the islet disposes only one port, known as “Porto”, whereas it is an organised, endless shoreline with crystal-like waters. Amazing corners all over the Island From the highest spot “Santardo”, which is 130 meters high, anyone can enjoy a panoramic view down to the leafy and lavish Ereikoussa. Another beach carries the name of “Birgini”, which is located on the east side of the island and it amazes with its soft, golden sand. Nevertheless, the most beautiful spot of the island is the “Pera Katergo”, also the only place, which is covered by stone. There, a stoned Cross evinces a navy accident, which happened around 100 years ago.
View More

Lazareto Island
"Lazareto" Island "Lazareto" Island, known before as “Saint Dimitrios”, is an island located two nautical miles northeast from Corfu. Its name derived from the fact that, this island was devoted to “Virgin Mary of Nazareth” and as a consequence from the meaning of “Lazareto”, since it was functioning as a quarantine station. During the 16th century and thus the Venetian rule, a monastery was built as well as the islet constituted a house for people with Ieprosy. "Lazareto" during recent times During World War II, the “Lazareto Island” was operating as a concentration camp for the prisoners of the Greek National Resistance movement. Today, “Lazareto” is an uninhabited islet and therefore a place for praying for the people who died during the Civil War in 1949. The municipal authorities have undertaken to organize memorials in honor of the victims in the first 15 days of October.
View More

Music Pavilion
Music Pavilion The most famous square of Corfu is well-known as “Spianada Square” or “Esplanade”. By being the largest one over the Balkan peninsula, it attracts every day both locals and tourists thanks to its wide green area, appropriate for walking and performing activities, as well as its surrounding majestic landscape. Just on its center, the “Music Pavilion” distinguishes with its florid architecture and its imposing location. Festivals and celebrations In the tree-shaded park and just before the Music Pavilion, festivals and musical events are being organised. Those festivals are being conducted by excellent performers such as local and traditional musicians as well as the notable philharmonic bands. During the Easter and in particular on Holy Saturday, a religious fest with praises performed by the philharmonic orchestras is taking place. Other musical or theatrical events are under the organisation of local clubs and private initiatives.
View More 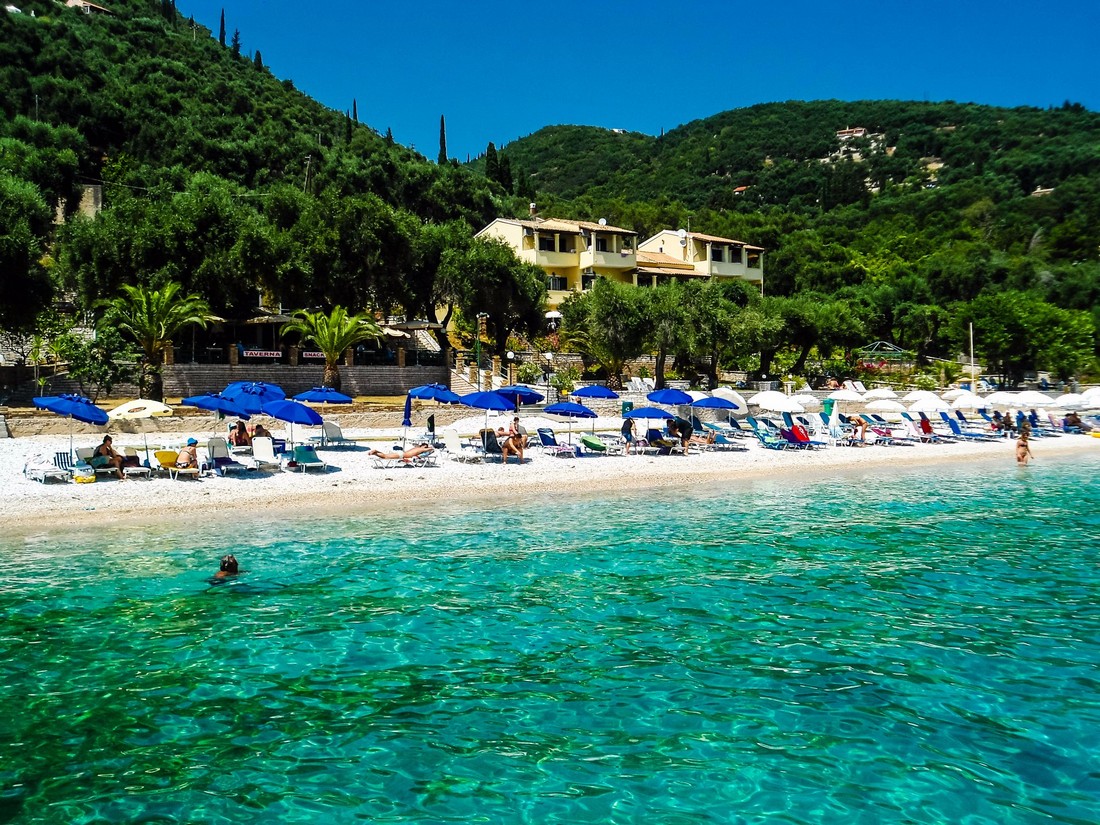 Nisaki
Nisaki Coast Nisaki beach is located on the northeast side of the island, only 22 kilometres away from the city centre. The beach is extended in a small bay, which protects it from the winds. With these means, an idyllically relaxing landscape is to be created. The extremely rich seabed appeals every year those who love diving. Its crystal waters in combination with the white pebbles represent the island’s beauty to its whole. Going-out options Anyone, who is resting by the seashore, can enjoy the Corfiot sun, which is reflecting upon the deep blue waters. Beyond its splendid beauty, Nisaki beach possesses traditional restaurants, known as taverns. Guests can enjoy luscious tastes and local cuisine, while they rejoice in viewing sky’s paintings during twilight.
View More
CORFU WEATHER